Engro Corporation Limited’s half year 2011 review for the shareholders

Karachi: We are enclosing herewith the Half Year 2011 Review for the Shareholders for the information of your Members.

First Half 2011 review for the Shareholders

On behalf of the Board of Directors of Engro Corporation Limited, we are pleased to present the unaudited group consolidated accounts for the six months ended, June 30, 2011.

Our consolidated revenue recorded an Increase of 37% and stood at Rs. 46.1 billion for the first half 2011 as compared to Rs. 33.7 billion during the same period last year, Net profit (equitable to the equity holders of the holding company) was Rs. 3,381 million in 1H 2011 as compared to As. 3,397 million during 1H 2010. Higher profitability in Foods arid Power Generation as well as lower loss at Polymers was offset by lower EXIMP trading margins.

Due to unprecedented gas curtailment, urea industry production was limited to 2.35m tons in 1H2011 as compared to 2.53m tons during the same period last year, This was despite the additional capacity of 1.3m tons following the start up of Engro’s new expansion project. Imports were also lower at 240 Ktons during 1H 2011 as compared to 600 Ktons in 1H 2010.

Market demand for urea during the six months ended June 30, 2011 was 2.7 million Lons, a decline of 10% over the same period last year primarily driven by supply side shortages. Gas curtailment coupled with the imposition of 17% GST on all fertilizers (as of March 15, 2011) pushed the average price of urea up by 44% to Rs. 1,135 per bag in 1H2011, as compared to Rs.788 per bag in 1H2010. Lower production and low import volumes resulted in a shortage of Urea in the market.

Engro Fertilizer’s urea sales were 575 Ktons in 1H2011, up by 17% from 491 Ktons for the same period in 2010. Production at the Base plant was 453 Ktons, a decline from 504 Ktons achieved in 1H2010 due to gas curtailment. Production from the new plant was 139 Ktons. Engro’s urea market share improved to 21% in 1H 2011 from 16% in 1H 2010. Sales of the company manufactured blended fertilizers (Zarkhez and Engro NP) Increased to 61 Ktons in 1H 2011, as compared to 45 Ktons during the same period last year. The increase is attributable to higher delta in absolute price with Phosphates and lower availability of Potash and Phosphates in the market.

The business’s new expansion facility, which achieved trial urea production on December 29, 2010, was subjected to extended winter gas load shedding of 63 days shortly thereafter in January 2011. After resumption of gas in March, the supply remained erratic in terms of volume and period through most of 2Q2011. Based on satisfactory production of on-spec urea at gas curtailment levels, the company achieved Commercial Operations on June 24, 2011. The project cost has closed at $ 1,127 million.

The Company has lobbied at many forums with respect to the ongoing gas curtailment issue. The Company has filed a case in the Honorable Sindh High Court against the Ministry of Petroleum and Natural Resources, Ministry of Industries, Government of Pakistan and Sui Northern Gas Pipelines Lines Limited against the suspensions and curtailment of its gas supply. The Court has issued interim Orders that the company be provided gas at the rate of 80 MMSCFD till to 100 MMSCFD till a detailed hearing is held after the summer. Three separate writ petitions have been filed before the Lahore High Court against the supply of gas to the new Urea plant from SNGPL network. No adverse Orders have been passed yet and the next hearing has been scheduled for August 2011. The Company believes that there is no significant chance of these petitions to be successful.

The fertilizer business made net profit after tax of Rs. 2,175 million for the six months ended June 30, 2011 vs. Rs. 2,012 million for the same period last year. Although gross profit was 43% higher than last year because of increase in, Urea prices, profit remained similar to last year due to financial charges related to the new plant which started being expensed from May 1.

The fertilizer Trading business, managed by Engro Eximp, sold 105 Ktons of phosphatic fertilizers in 1H 2011, capturing 30% market share, with margins in line with expectations. Engro Eximp made a profit of Rs. 314 million for the six months ended June 30, 2011 as compared to a profit of Rs. 973 million for the same period last year The profit is in line with expectations and the drop in profits versus last year is because of a one-time gain in 1H 2010, when the business had benefited from price upturn in international phosphatic fertilizer prices.

Engro Powergen Qadirpur dispatched 791K MW to the national grid during the first half of 2011. The plant also underwent its first planned outage, which was safely completed as scheduled. Engro Powergen declared a net profit of Rs. 745 million during 1H 2011 as compared to Rs. 379 million during same period last year. The increase is due to full 6 months of operations of the Qadirpur power facility during 2011 vs. 3 months in 2010.

During 1H 2011, our Chinese Contractors submitted an EPC proposal for Mining and Power Generation bused on ignite coal of Thar Block II, which is being reviewed by the SECMC Sindh Energy Coal Mining Company) team. The Gos has also issued a formal notification far grant of Block II miring lease to SECMC.

UHT volume grew by 20% vs. the same period in 2010, translating into a revenue growth of 37%. The company introduced Dairy Omung as its offering in the budget conscious segment of the society as well as extending Olper’s variants line to include Badam Zafran and Rose flavors. Olfrute juices and Nectars Captured 4% of the market share, in addition to introducing new flavors that are unique to the Pakistani market. The ice cream segment witnessed a 51% volumetric growth over the corresponding period last year. Segment revenues grew by 69% to Rs. 1.4 billion however the segment incurred a planned loss during the first six months of the year, primarily due to continued investment in its brands arid the cold chain infrastructure. The Dairy Farm at Nara produced 17,600 liters per day during the first half.

The rice trading business, managed by Engro Eximp, exported 6,537 tons of rice during 1H 2011, as compared to 1,104 tons in the same period last year. Initial business losses during the period also had an impact on EXIMP profitability. The rice processing facility, owned and operated by Engro Foods Supply Chain achieved commercial production of milling line 1 for brown rice during the period. Milling for white rice and parboiling is expected to achieve commercial production during the 3rd quarter.

Engro Vopak Terminal Limited had smooth operations in the first half and posted a profit of Rs. 478 million, as compared to a profit of Rs. 518 million during the same period last year. The Competition Commission of Pakistan decided on EVTL’s exclusivity clause in the implementation Agreement with PQA and Lotte PPTA complaint on abuse of dominant position. CCP has imposed penalty at Rs. 10m on EVTL for riot taking exemption for its exclusive rights tinder Implementation Agreement (IA). EVTL has filed a writ petition in the Honorable Sind High Court against CCP decision on exclusivity arid the court has restrained the parties from acting on the Order. Separately, CCP concluded that EVTL had not abused its dominant position with Lotte PPTA and did not impose any penalty in this regard.

Avanceon Limited posted a consolidated loss of Rs. 65 million in 1H2011 as compared to a loss of Rs. 94 million during the same period last year.

In the Fertilizers business, continuation of gas curtailment is expected to result in a requirement of around 1.2 MT for the remaining Khareef and upcoming Rabi Seasons, Failure to import this quantity in a timely manner will result in an acute shortage of fertilizer and may seriously affect food output as well. The company has made various representations on many forums at GoP level to advise on the consequences of gas curtailment for urea price and Its Impact on farmers as well as inflation and food security. Until there Is a permanent Increase in the country’s gas supply through import of LNG or alternative sources, fertilizer companies on the network are expected of continue to face gas shortages and forced outages during the foreseeable future, with further significant increases in price of Urea. The Fertilizer trading business is expected to perform as per expectations in terms of market share and profitability.

In our Foods business, we continue to expect growth in all our business segments and are confident of financial performance as per expectations.

In Polymers, while VCM operations have been improved over the last year, VCM plant has so far not been able to achieve stable operations for extended period at design throughput rates. Extensive effort is being directed to improve the areas impacting smooth operations and it is expected that the production performance of the VCM plant will continue to see improvement. However, full benefit of the integrated operations will only be achieved with stable VCM operations at designed rates.

The Power Generation and Chemical Storage terminal businesses are expected to perform smoothly in line with expectations during 2nd Half of the year. 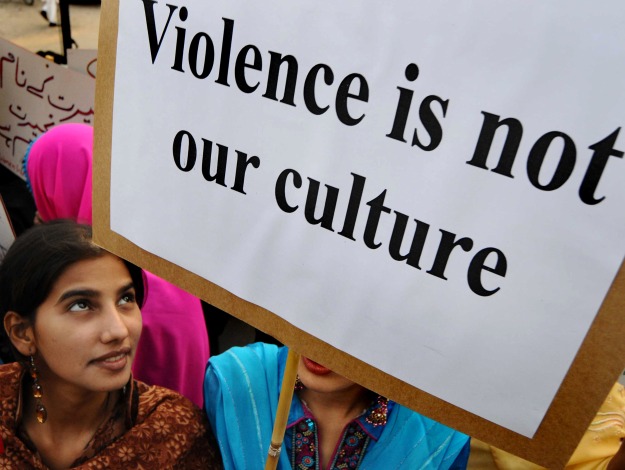